We all judge others. It’s a natural thing to do. Even if we’re incredibly humble in many areas, we all get judgy about certain things. Judging people for being too judgy? Also judgy. I’m not sure we can help it, even if we try really hard not to do it. But we seriously have got to stop it.

Yes, we need to judge certain situations and people to keep ourselves safe. But when it doesn’t affect us, we need to quit it with the judging. We’ve got to stop making snap judgements about people and situations we know little to nothing about, assuming poor intent, thinking the worst about someone, gossiping, and mommy shaming.

Why we seriously need to stop judging other people:

We don’t know the whole story.

We don’t know the situation that led someone to do what they did. If I yelled a little too forcefully at my kid in public for something that seemed unimportant, you probably didn’t see that I had calmly told that child 627 times previously not to do that very thing. Don’t assume I’m mean.

We all make mistakes

You’ve probably yelled at your kid before. I try not to do it either, but I know I’m not the only one who has. If we want to be cut a little slack, let’s cut others some slack too.

It’s none of our business anyway.

You aren’t queen of the world. I’m not in charge of everyone. It’s not our job to parent all the people around us. As I tell my kids almost every day, “You worry about you.”

Everyone’s different and that’s not a bad thing.

You buy organic? Awesome! You wash your recyclables? Good job! You like throwing themed pinterest-worthy parties complete with instagram-worthy backdrops and tutorial-worthy multicolored cupcakes? Go you! I don’t do any of those things, and that’s OK too. There are different ways to do things. Being all the same is boring, not to mention impossible. Let’s celebrate our differences and not tear each other down for them.

You hate it, and so does everybody else.

I recently saw a post from a person who was shocked that other people were judging her for being judgy.  She was judging people, but angry that people called her out on it. I think we’d all hate to be labelled as judgy because we see ourselves as reasonable and fair in all of our opinions. But we’re not. So we all need to just stop it because no one likes it and it’s 0% helpful.

Nobody ever changed their minds because someone judged them.

Have you ever, EVER read a mean comment about you and thought, They’re right, I really am so stupid that I never should have been allowed to conceive a child and I should indeed go drown myself? I didn’t think so.

The internet has the judging covered.

If you’re worried there’s not enough judgment out there, trust me, there’s plenty. We don’t need more people to throw in their sanctimonious opinions. All you have to do is go on a public post about a poor child in a cast and you’ll see commenters coming out of the woodwork to berate the mother of the child. It’s been done. We don’t need any more of it.

We’ll be happier if we focus on improving ourselves.

If you hate it when people are rude, don’t be rude. If I don’t like being judged, I shouldn’t judge. If we don’t want people to treat us a certain way, we won’t treat others that way. It’s the old golden rule. We’ll make the world a better place by being better ourselves.

And seriously, let’s stop it already with the mommy shaming!

This has got to be the worst form of judgment because as fellow moms, we should know how hard it is to be a parent and that we’re all just doing our best. Yes, there are cases of abuse and neglect, but those are rare. Your average mom is going to raise average kids who turn out just fine.

Besides, judging other moms is a dangerous tempt of fate. The moment you think you’d “never let your kid get away with that” you’ll get a kid who gives you no choice. Every kid is so different. We really can’t judge another mom for what she does to handle her own kids.

The moment you think you’d “never let your kid get away with that” you’ll get a kid who gives you no choice. Every kid is so different. We really can’t judge another mom for what she does to handle her own kids.

What to do instead:

Try to give people the benefit of the doubt.

Let’s assume we don’t know the whole story and that any judgements we made would be based on faulty information.

Try to think of the other person as having noble intentions.

Maybe they have a good reason for doing what they did. I stress a lot about doing the right thing, and I bet most people are pretty decent individuals who want to do what’s right.

At the very least, let it go, knowing it doesn’t matter.

It doesn’t affect me. It’s not my problem. I don’t need the burden of worrying about other people’s behaviour.

No matter how tempting it is to judge other people, and no matter how much reason we think we have to do so, let’s just not, OK? I’ll give you the benefit of the doubt, and please, do the same for me. Because we’re all just doing our best here. 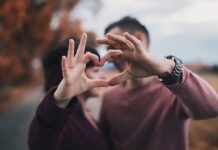 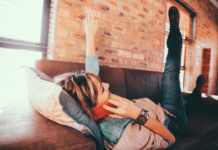 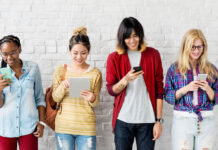 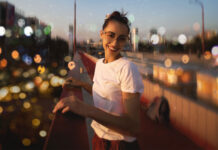 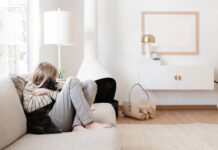 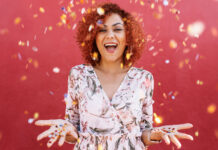 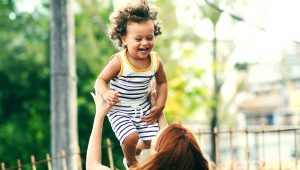 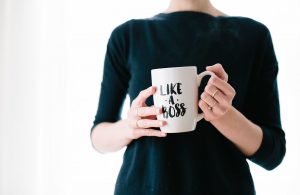 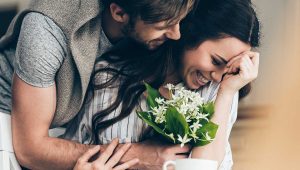 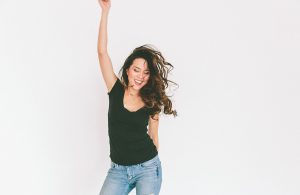 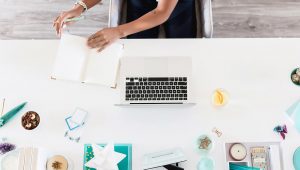