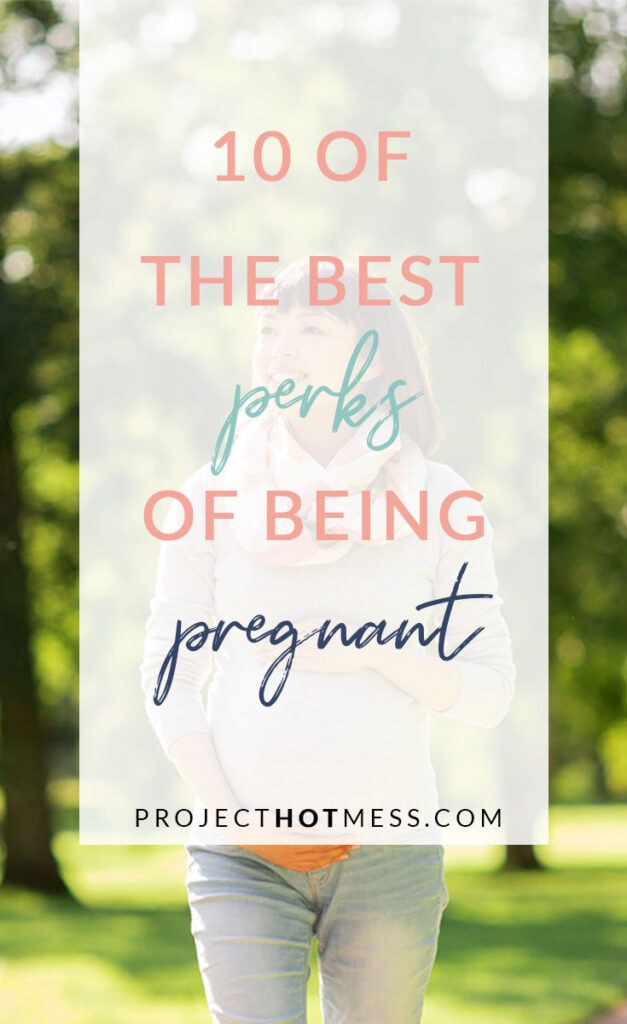 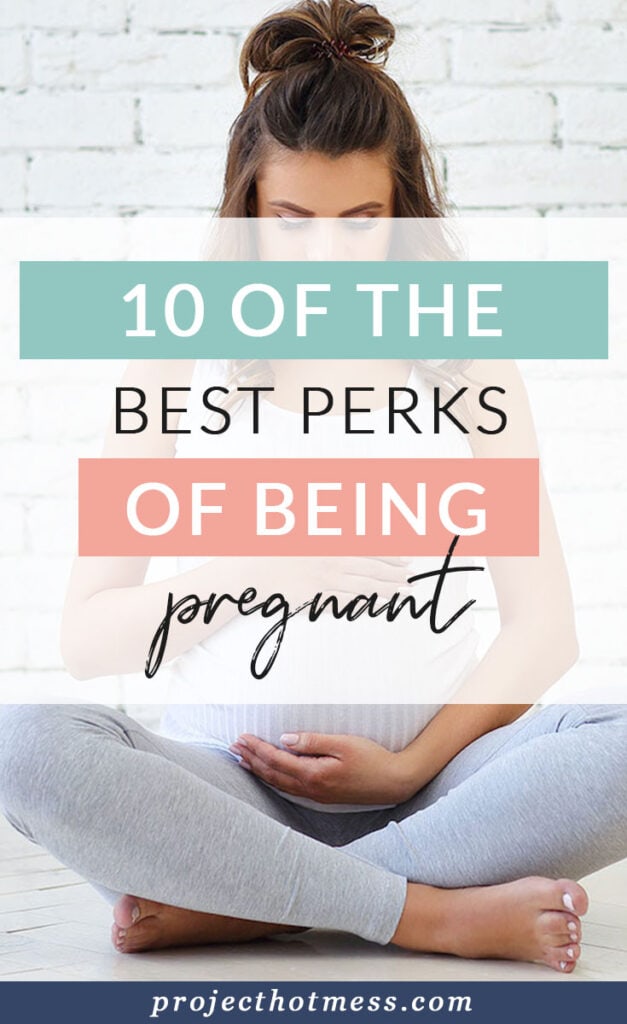 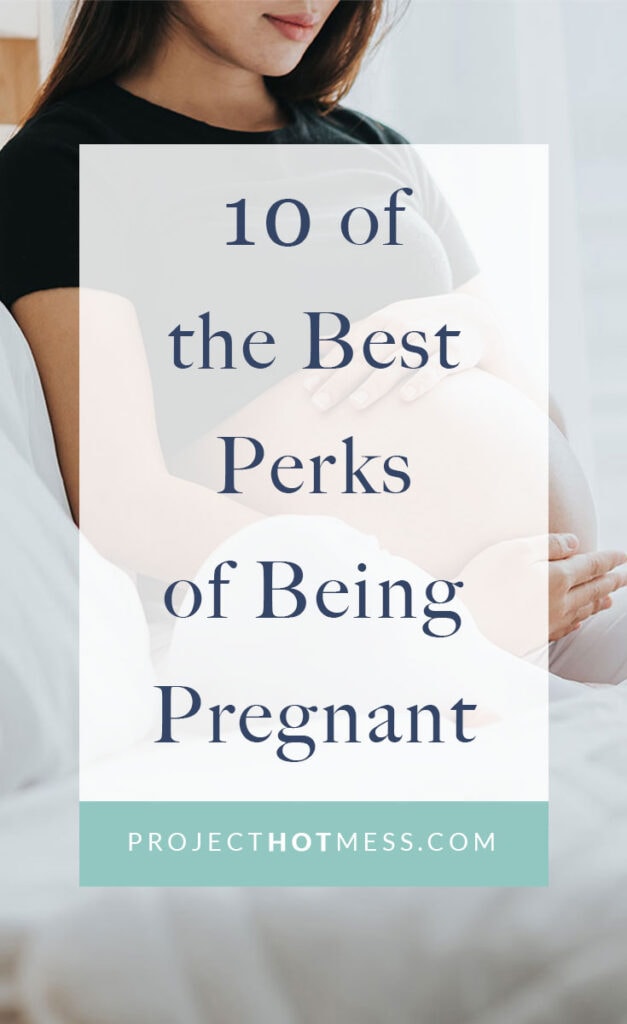 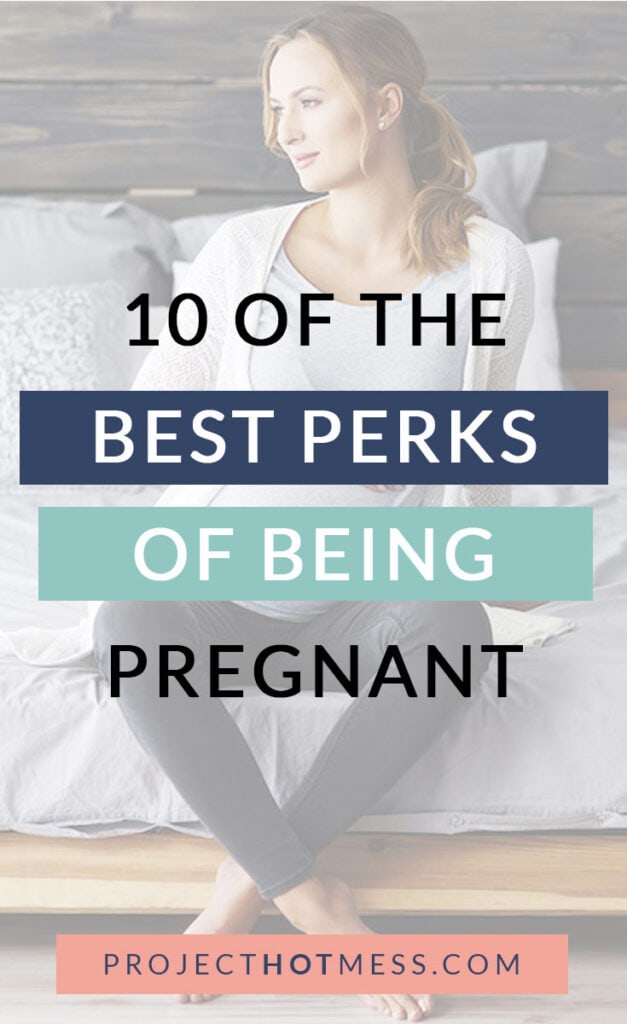 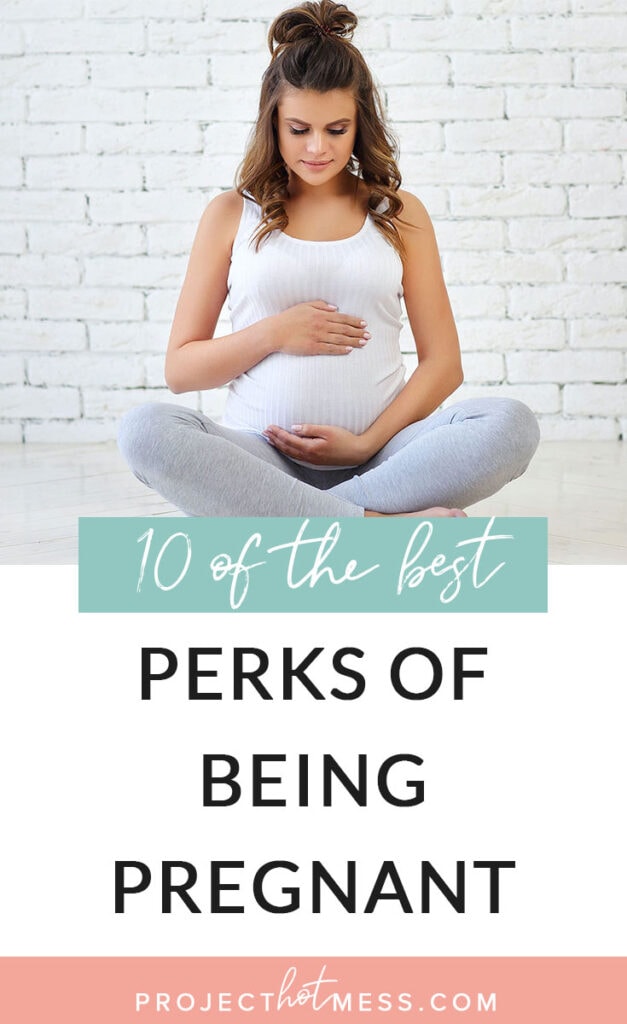 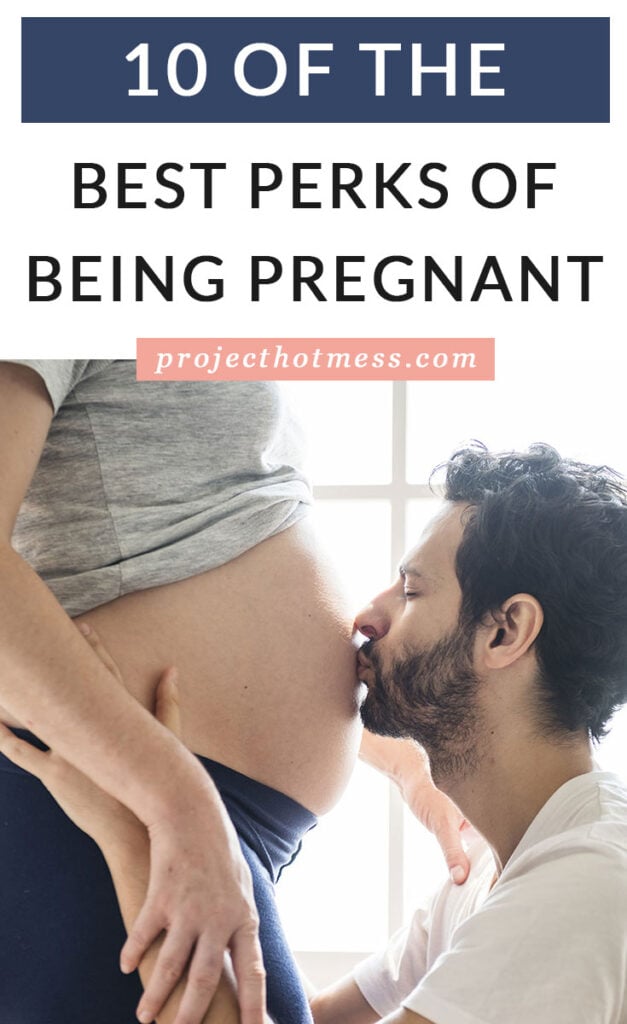 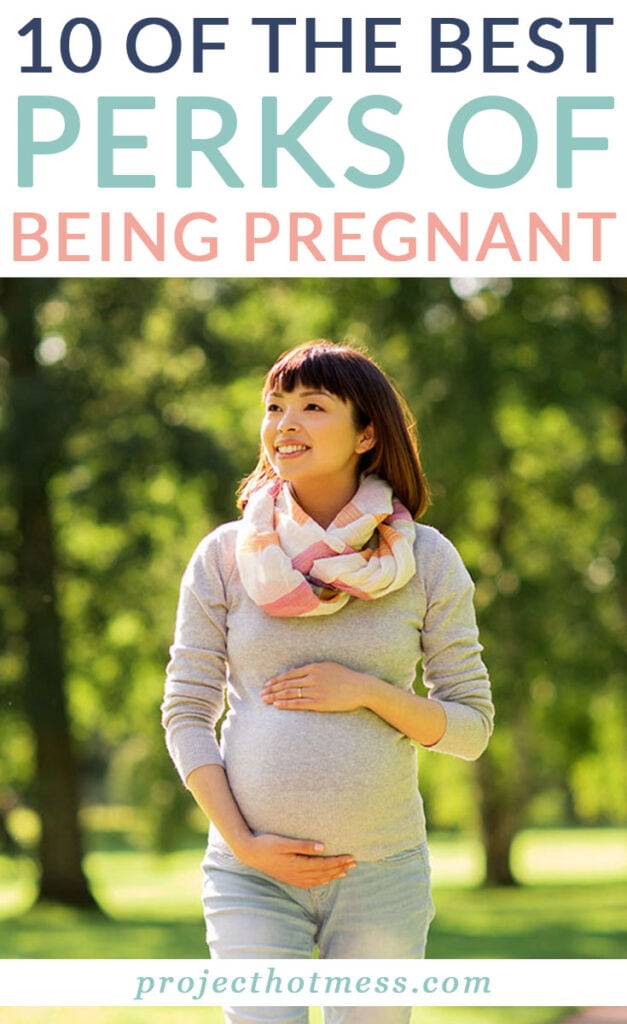 It’s no secret… I really don’t like being pregnant. Aside from the whole ‘pregnancy pretty much tries to kill me and completely debilitate me’ side of things, I honestly struggle with how my body changes and reacts during pregnancy. That’s not to say I’m not grateful for the ability to be pregnant, I very much am. But I thought considering how unfavourable pregnancy is for me (and heaps of other women too) I’d try and put a positive spin on things and focus on the perks of being pregnant.

As with all things, there are positives and negatives, and I’m not the kind of person who likes to be a Negative Nancy. Realistic? Yes! Outright negative? Definitely not.

So here are some of the best perks of being pregnant that I really do love.

You know when you’ve had a burger and you get that super bloated ‘I just ate a burger’ look? Well, when you’re pregnant, you’re meant to look like that!! How awesome! You don’t have to stress about feeling bloated and looking pregnant because you’re actually pregnant!

Plus, I have always found foods that bloated me before (like anything dairy) I was able to tolerate during pregnancy without discomfort. Thankfully, because I’ve had massive cravings for ice cold milk. Weird.

Prior to being pregnant, I always felt uncomfortable if my shirt was too tight and showed off a few too many rolls or enhanced my ‘bloated’ look (see above). During pregnancy, I don’t have to worry about this at all! I love when my shirts are tight and show off my bump! Actually, I prefer my shirts to be tight rather than loose as they accentuate my pregnant belly and I figure, while I’ve got it I should show it off!

3 – My husband loves my pregnant body

This was probably one of the most surprising things for me. During a time where I struggle with my body changes, the extra curves and bumps and all the weird things that happen, I didn’t think I was attractive at all. However, my husband just adores me even more! He is wonderful for my self-esteem and tells me multiple times a day how much he loves my pregnant body and my womanly curves.

Especially those few weeks where my boobs have realised that I’m pregnant and have started to get bigger, but my tummy hasn’t quite received the memo so it’s still in its ‘pre-pregnancy form. Despite during this particular phase, I was so incredibly ill, I still took a few moments to appreciate the assets.

Now I’m into the third trimester and my boobs try to choke me whenever I lay down, but they are big and perky and don’t need a bra so I’m embracing that for as long as I can.

As I mentioned earlier, prior to being pregnant I had serious issues with dairy. Actually, I was fine with dairy until after my first pregnancy. Thanks kiddo. But, during this pregnancy, those issues seem to have settled down which means I can indulge in foods I wasn’t able to before. Hello cheesecake, ice cream, whipped cream and all the delicious creams I’ve missed out on for the last 4 years!

And while there are new food aversions (please keep all chicken away from me) I’ve also been eating a lot of super healthy food too and craving tonnes of vegetables, extra bonus points if they are roasted and a little crispy!

This is an amazing time of your life where daytime naps aren’t only acceptable, they are encouraged! Oh my gosh, it’s awesome. Not feeling up to dealing with the afternoon? Have a nap! Want to avoid the messy kitchen? Have a nap! Feeling a bit sluggish after eating lunch? Have a nap!

While this isn’t exactly the easiest thing to do if you have older kids, it’s definitely more possible when hubs is home. And if this is your first pregnancy, nap, nap, nap! Take the darn nap!

You know when you feel obliged to go to social events and be around other people when all you really want to do is take a nap? Pregnancy has you covered! You can use that growing bump of yours to get out of just about any social event you want to avoid. General explanations like ‘I have to go, I’m absolutely exhausted, growing a human is hard work’ tends to suffice, and if you’re worried it won’t pass, see point #8.

8 – People tend to be a little scared of you

You’ll find people actually avoid arguing with you when you’re pregnant. Maybe it’s because they’re scared you’ll turn into a hormonal wildebeest, or maybe they are genuinely concerned you’ll eat them. Either way, they will avoid arguments. But if one does happen, you can always come back with ‘don’t argue with me, I’m pregnant’.

At what other time in your life could you get away with going out to dinner in yoga pants? Literally never. Except when you’re pregnant. No one is going to argue (see point #8) and when you add some boots and an oversized tee they look pretty cute. Plus, because they are stretchy you can eat more food! You may even rename your yoga pants to ‘dinner pants’. (Hey, people should just be grateful I even put pants on!).

There are some women, myself included, who love shopping for what it is – handing over money and getting something in return. That something doesn’t have to be for me for me to feel the rush. In fact, it’s actually better if it’s for someone else. And what better excuse to shop than having a baby?

So while there are many things about pregnancy that I don’t like, I can also see the perks of being pregnant too. And of course, let’s not forget that there is an end date, you won’t be pregnant forever and at the end of it all, you get to snuggle in with your fresh little squishy baby that smells oh so divine!