So you’ve heard of it. Maybe you’ve watched a Marie Kondo video, or a TED Talk by those guys… or even watched an episode or two of Tiny Houses. I’m talking Minimalism! Perhaps you’ve even thought of ‘giving it a go’ yourself but it all just feels a little too much.

When I decided I wanted to live a more minimalist life, I had a few preconceived ideas of what that meant. But as I found my way and started living as a minimalist, I realised that almost all of them were untrue.

So if minimalism is something you’ve thought about, maybe by me sharing these things that will surprise you about living as a minimalist, I can put your mind at ease and perhaps see minimalism in a different light.

The perfectly folded clothes neatly stacked in every drawer, the perfect spice rack with all the spices facing the right way, the big airy apartments, the lack of furniture, all the white decor…

Minimalism doesn’t have to look like Pinterest. I mean, it can if you want it too. But the thing that surprised me is that there is no real minimalism look.

You know how you feel after a spring clean, or when a room is tidy and everything is put away? That’s how minimalism feels all the time.

It didn’t feel like such a big deal to get out of the house and go for a walk, or to roll out my yoga mat in the clear space to have a mindful session.

I also ate simpler food. Instead of trying to create meals with many ingredients or components to them, I at simple wholesome foods that were easy to cook at that were ‘minimalist’ in nature too. Because I realised simple isn’t always boring.

It’s a feeling that’s hard to describe, a feeling of space and free flow. A feeling that things are simple and easier and just straight-up happy.

But when you clear all of those ‘things’ and you no longer pass that clutter or accept it as part of your life, then that space is now clear, you’re lighter, you get done what needs to get done, and you’re happier.

5 – Minimalism Is Easier Than You Think

The idea of living as a minimalist seems a little overwhelming at first. Especially when you open a cupboard and just look at it and wonder where on earth you are supposed to start. But it’s okay. Minimalism is honestly easier than you think.

The secret is, you don’t have to do it all at once. And you get to make it up as you go along.

And as you keep going you keep adding layers to your own minimalist style. Which is what makes it so easy. You don’t have to be all in 100% perfect from the get-go because you’ll create your own version of a minimalist life.

And when we talk about ‘clutter’ it’s not just physical items. It’s to-do lists, decisions that need to be made, toxic people and relationships in our lives, time spent doing things we don’t enjoy. Anything in our life that we don’t love, need, or want.

But as I started as a minimalist, I realised that it wasn’t so much a conscious choice, as much as it was a habit. Like, if I did the same thing over and over it would become the new norm.

If I stopped trying to fix sad or overwhelmed moments with shopping sessions, I would soon stop looking to shopping to make me feel better. If I kept things in their place and kept putting them back in their place, then it was the new normal.

Once I realised what these habits of minimalist living were, I just kept them on repeat and it all became so much easier.

Perhaps this should serve as a warning, but a good one. Minimalism is very addictive! Once you get started you just keep finding areas in your life that you can simplify and make easier for yourself. And it is so, so good.

The key is to have fun with it. Make it your own, it can be whatever you want it to be. If you want to go all-in full-on Marie Kondo minimalism/declutter Queen then go for it. Or if you just want to create something that is a little more simple than what you have now, then you can do that too.

There aren’t any rules, you get to make them up as you go. And you just might be surprised at what living a minimalist life looks like for you. 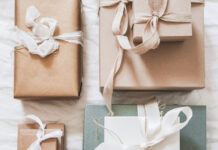 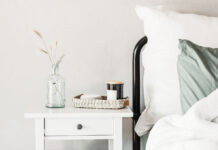